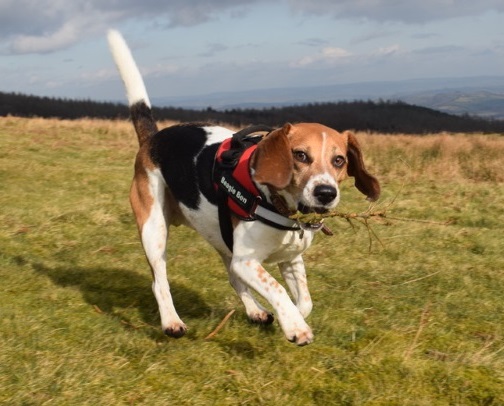 Mum and Dad woke up this morning and declared they wanted to take us ‘somewhere different’. Cue lots of mumblings while they stared at that funny computer thing, then we got our harnesses on, hopped in the car and off we went.

The journey lasted as long as a 30-minute nap and hey presto, there we were on Twmbarlwm (which must translate as ‘ruddy great hill’ in Welsh). We parked up just below ‘the Tump’ aka the top of the hill. For those of you allowed to drive and not forced to sit in the boot, sat nav Helen says to go to Risca and drive up Mountain Road as far as you can. The car park for this glorious walk is at the end.

Out of the car we got and up the hill we went. I had Mum on the end of the lead who was her usual slow self but after about 10 minutes we reached the top and a beagle was very impressed with the view beneath him.

At the top, Mum unclipped my lead and this is where the fun began. At the top of the hill we turned right and could see for miles. Beyond this point it is nearly completely flat so relatively easy walking although I did have to leap over several HUGE puddles. 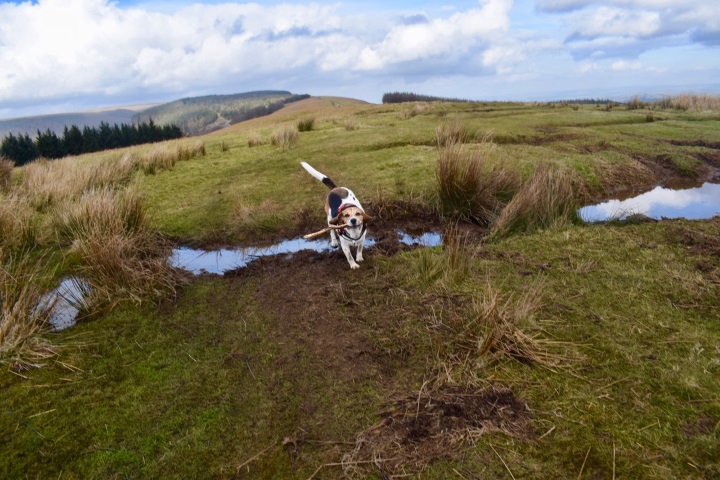 Top tip - never trust the shallow looking ones. They are hiding hidden depths which a beagle with short legs comes to regret. 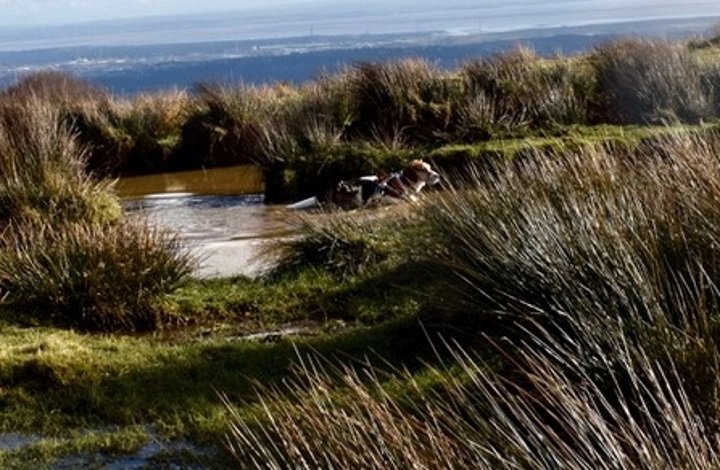 We walked for MILES. Well, 2 kilometres in one direction and then 2 kilometres back. Halfway along we came across a set of wheels. I arooooo’d several times to warn it not to try anything funny. It still sat there so I aroooo’d again. Dad seemed interested in investigating further so I joined him as back up. 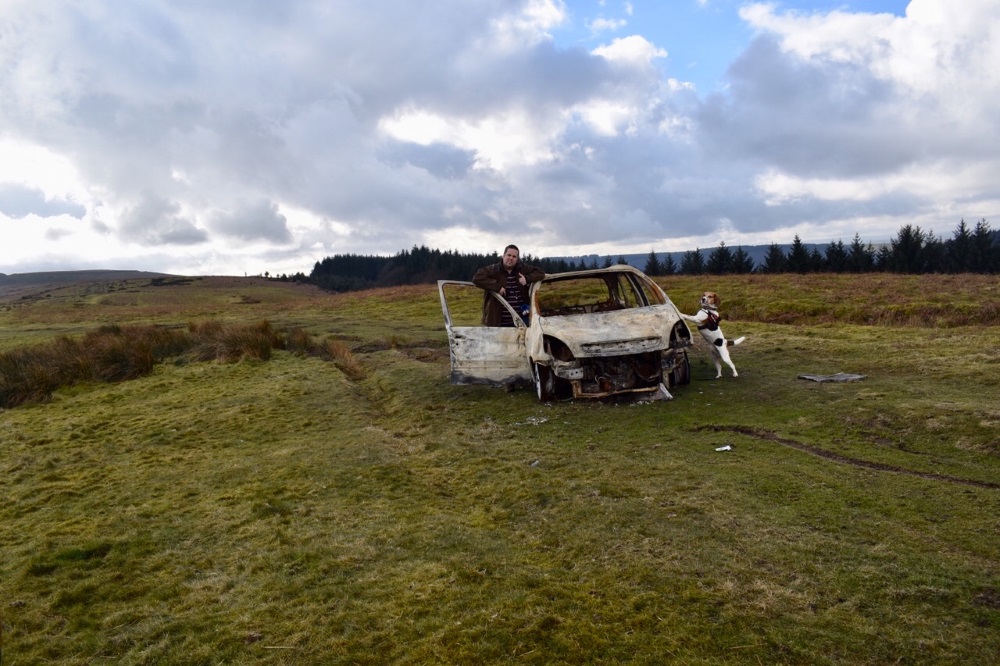 On closer inspection my snout caught a whiff of something delicious and I tell you, I could not get enough of this car all of a sudden. Mum turned her back and before she knew it there I was clambering around inside! 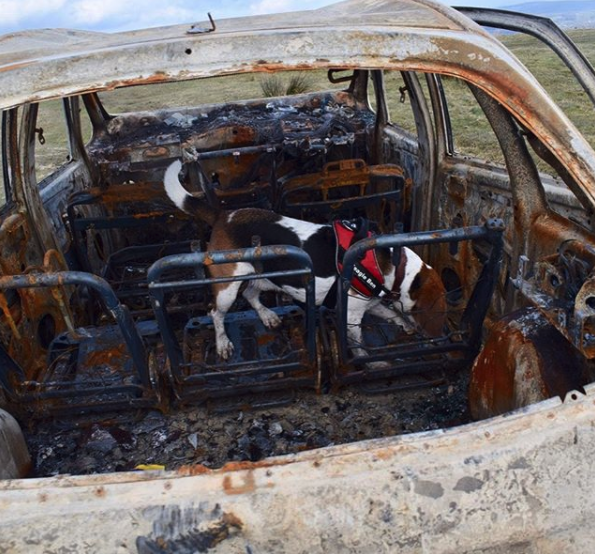 She then discovered that I’d gone to retrieve an empty packet of mini eggs, handily left behind in the car. Second top tip - always always check random food packets when out and about. You just never know when a rogue sample may be left behind.

After all this excitement we headed back to the car, stopping to look at this funny thing that made Mum say 'Oooo a rainbow'. 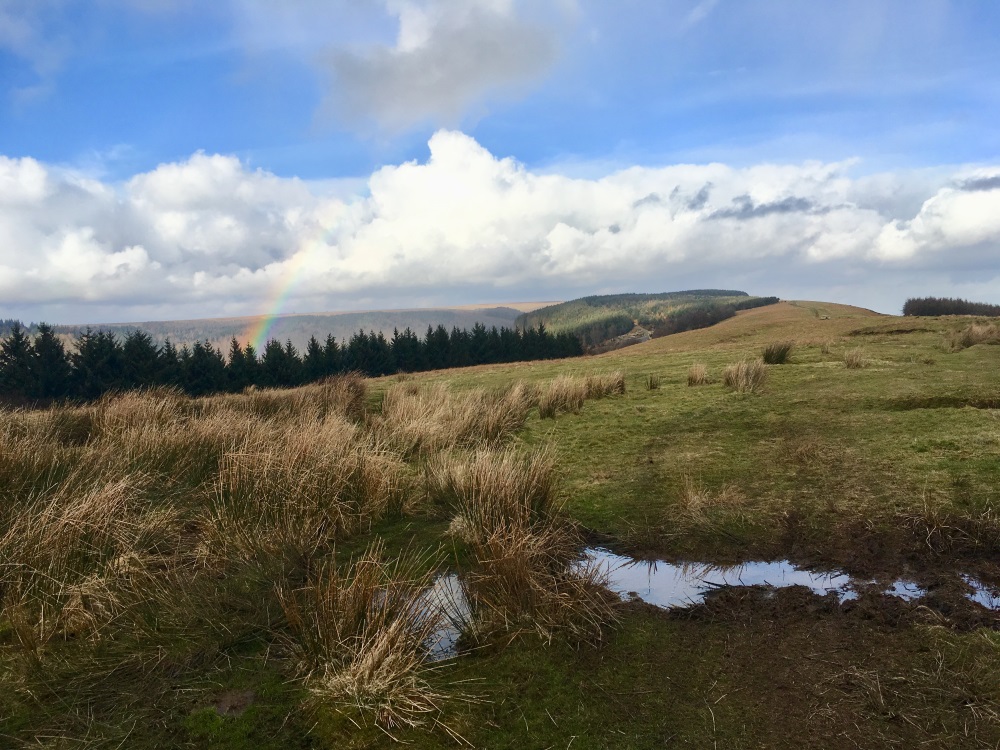 Stopped at Asda to pick up dinner (not mine sadly) and headed home for a well-earned nap and an early dinner cos Mum was going out. All in all, a pretty successful outing.